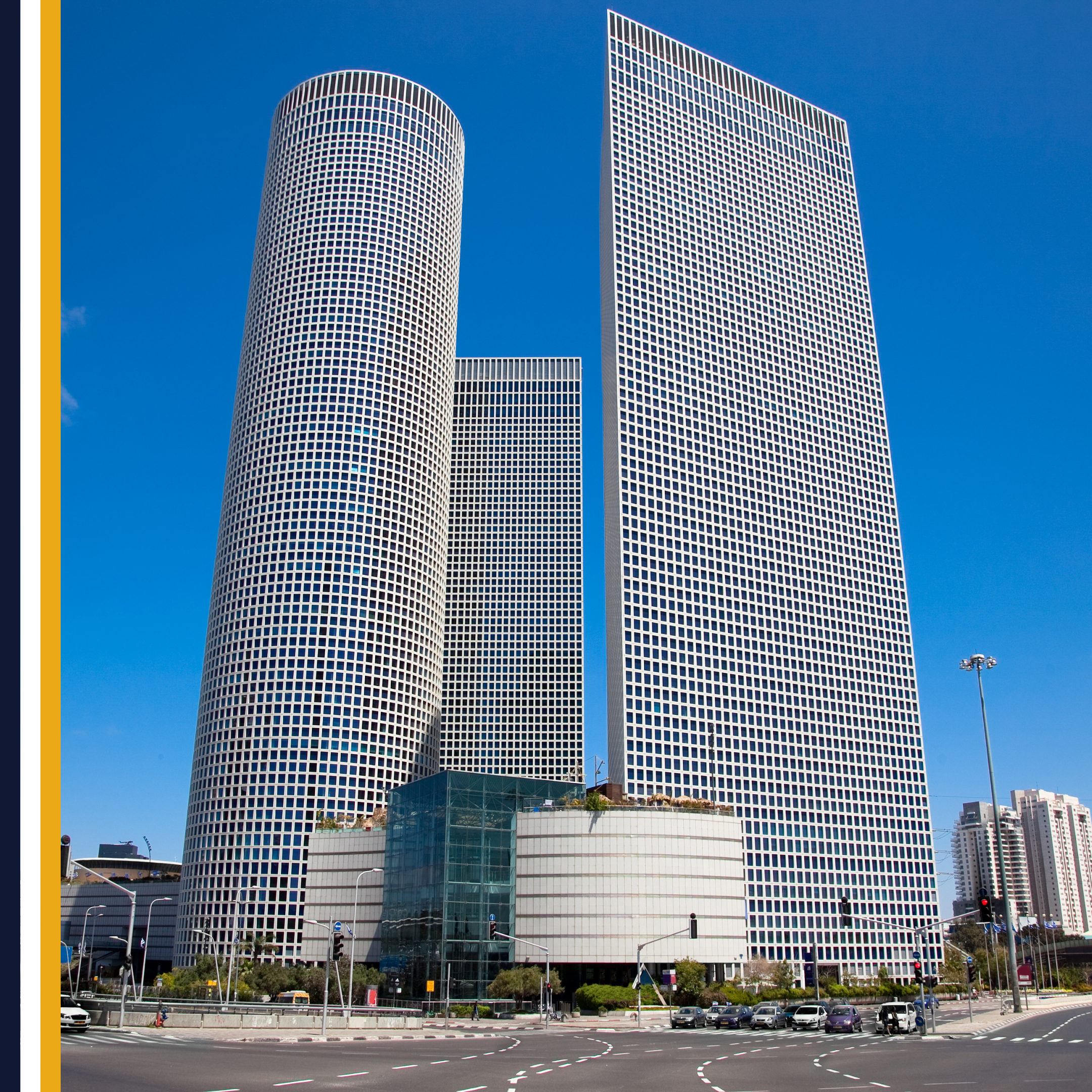 Israel is a young country, founded in 1948, located in the Middle East. It shares its borders with Egypt, Jordan, Syria and Lebanon, surrounded by the Mediterranean Sea to the west and the Red Sea in the extreme south. With an area slightly larger than the state of Sergipe, Israel has a multicultural population of approximately 9.5 million inhabitants composing of Jews, Muslims, Christians. This is as a result of   the country’s historical development since beginning of the 20th century. Israel is among the countries with a significant level of human development, because of the educational quality offered to the population, the high per capita income and the strength of its economy.

The State of Israel is characterized by a prosperous international trade network and leading-edge technology with the presence of progressive Israeli companies abroad.  With a small domestic market and limited natural resources, the success of Israel’s economy depends heavily on foreign trade.  The United States and members of the European Union are its main trade partners, and are destinations for more than 60% of Israel’s exports and the source of more than 70% of the country’s imports.

The development of the technological industry has been a priority for the long-term sustainability of the country’s economy. Since the beginning of the 1970’s the government of Israel has instated a series of policies with the aim of developing and producing value-added products. The Israeli industry is in the process of transitioning from traditional to technological production, with special focus on the international market. Over the last decades, the weight of “traditional” industrial sectors (textiles, food, etc.) in the composition of Israeli exports has fallen from 58% to 19%. On the other hand, medium and high technology sectors such as electronics and electric motors (27%), chemical and plastic products (24%), machinery, transport vehicles and metal products (20%), now make up 71% of industrial exports. In 2018, exports of high-tech products reached US$ 50 billion, representing 45% of the total. 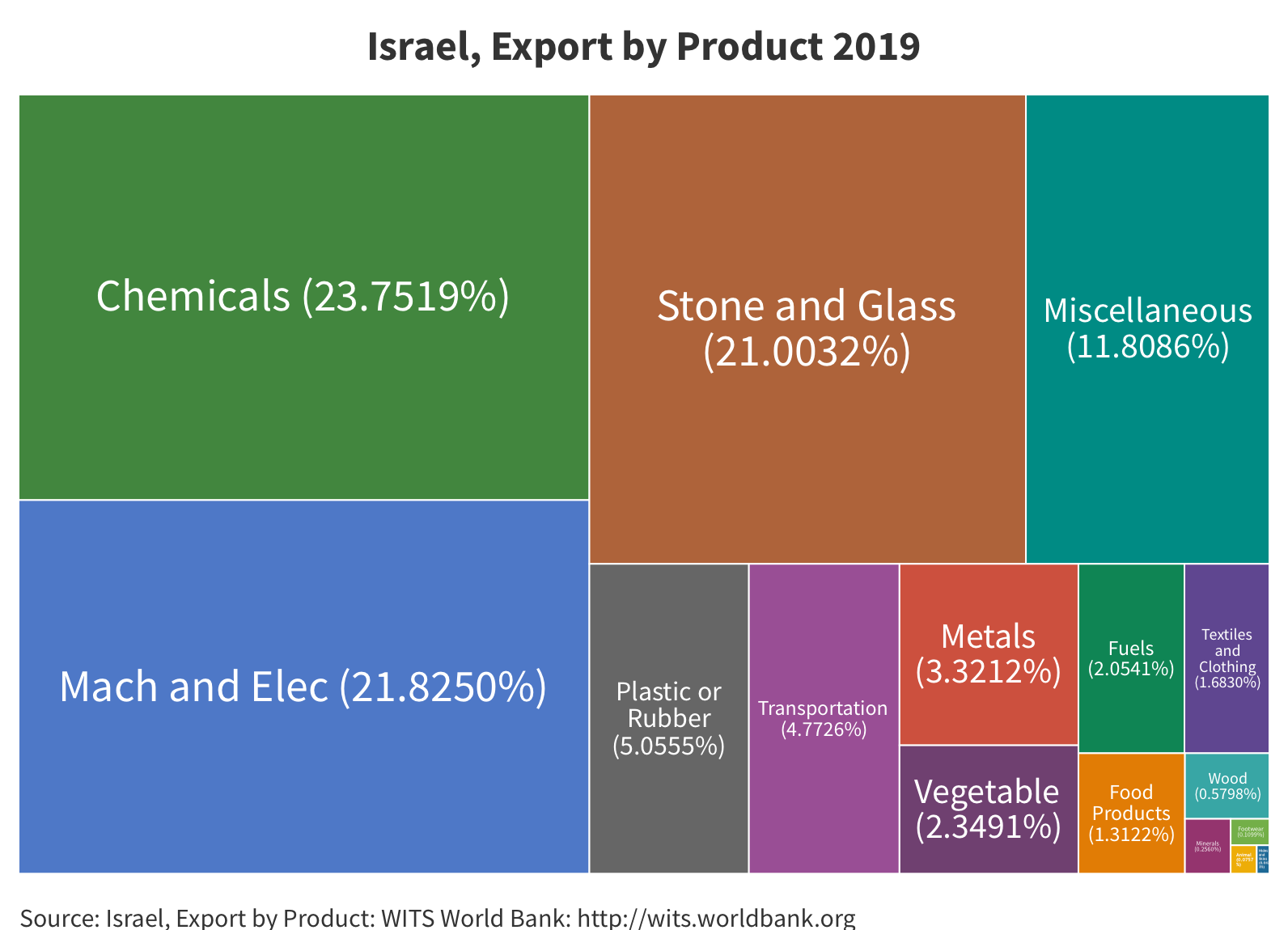 In addition to large companies, more than 7,000 small and medium technology companies (Startups) are active in Israel, part of them emerging from an efficient system of technology incubators. The existence of 28 technological parks and state investment of 4.5% of GDP in Industrial Research and Development facilitate the development of these Startups. Israel’s notoriety as a source of technologies and technology-based companies has also attracted the interest of multinational and venture capital companies, as well as binational government funds, inducing the creation of successful strategic partnerships. Israel hosts international research and development centers, as well as units belonging to electronics giants such as IBM, Motorola, Microsoft and Intel maintain Israel’s only research centers outside the US. Other international companies, such as Google, have specific R&D activities, as well as Merk Pharmaceuticals, 3M, Nokia, Apple, AT&T, CISCO, XEROX, GE, GM, John Deere, Huawei, Lenovo, J&J, LG, Nestle, Philips, SanDisk, Siemens, among others. Each year, around 20 international companies set up R&D units in Israel.

In recent years, the country has started to target emerging markets in its international prospecting. Although Israel has increased trade with Asia and Eastern Europe, Latin American countries are considered strategic targets in the expansion of economic cooperation. Brazil, for example, is Israel’s largest trade partner in LATAM, having signed the Free Trade Agreement with Mercosur, valid since 2010. The commercial relation between both countries involves Brazil mainly importing industrialized products from Israel and exporting agricultural and semi-manufactured products. As a result, the South American country suffers a deficit in its trade balance. Relations between Brazil and Israel have recently began gaining renewed strength in other divisions of bilateral interactions. Visiting delegations and political approximation between both governments have fortified joint negotiations. This demonstrates the growing mutual interest not only in the governmental sphere but in different aspects of their societies. 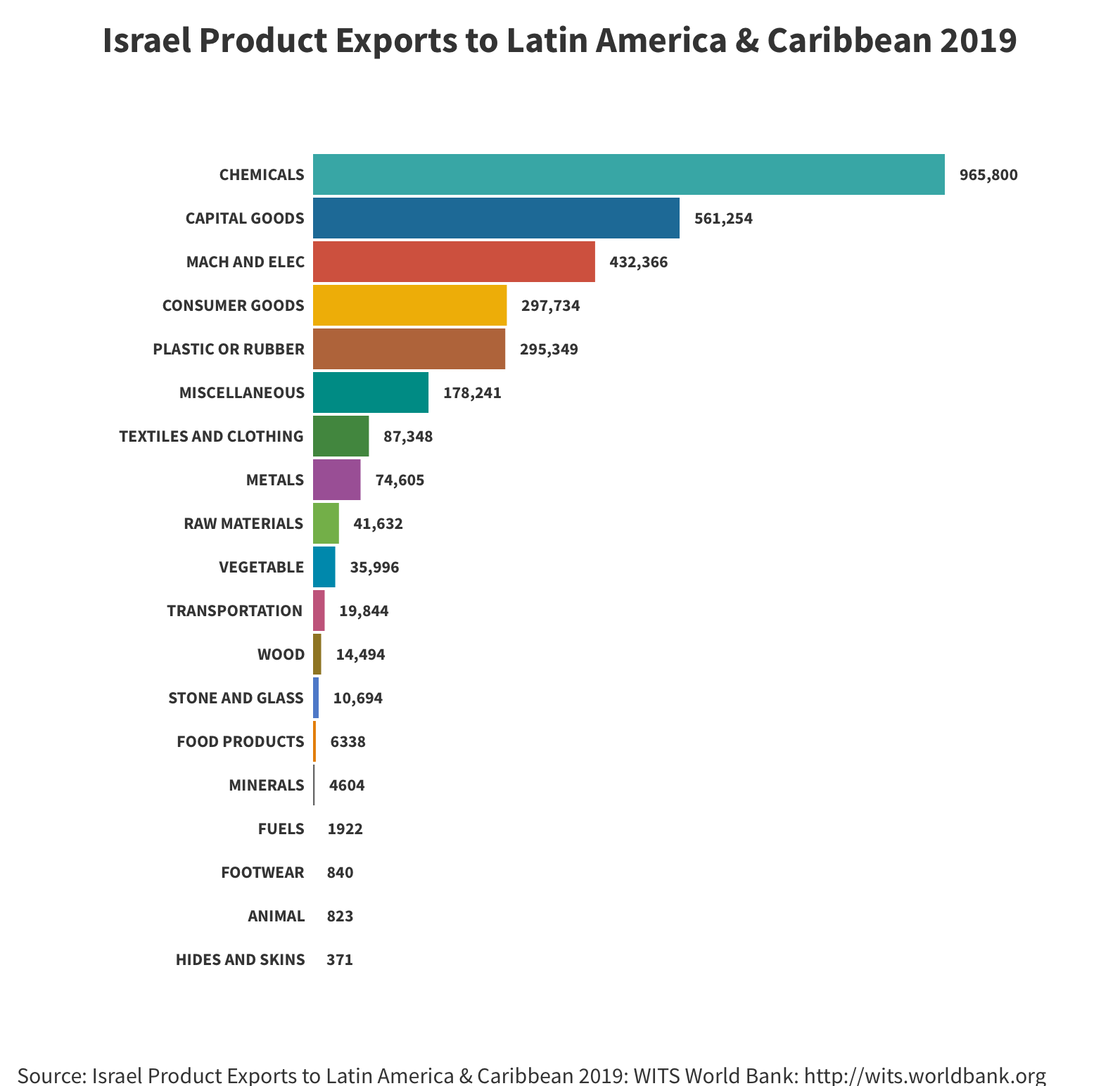 The Brazilian exporter will have the opportunity to find strategic partners in Israel, which will also produce channels to not only identify, but also explore business markets, as well as investment opportunities in Brazil.  Israel is geographically distant from Brazil, and is a country small in size. The majority of Israel’s imports, even though significant, consist of a small portion of the global commerce. Nonetheless, Israel can be an ideal technological partner for the production of value-added goods, and can be an avenue to access third-country markets with which Israel has free trade agreements.

Twenty years ago, there were only five (5) Israeli companies with representation in Brazil. Today there are around 150 companies in the country. This significant number demonstrates Israel has heightened interest in the Brazilian market. The majority of these 150 Israeli companies located in Brazil are high technology in diverse areas such as: Agrotechnology (42), IT and Telecommunications (42), Products and Security Technologies (24), Medical Equipment (17) in addition to companies in other areas such as Electronic Equipment, Vehicles and Aerospace Aviation, Energy, among others. There are several well-known Israeli companies that already operate in Brazil, and which have established excellent cooperation initiatives in the Brazilian industry, whilst investing in the local market. Israel is one of the world leading countries in technology innovation, and is an example of excellence in telecommunication, space, biotechnology, nanotechnology and agrotechnology, to name a few.

The collaboration between Brazilian and Israeli research institutes provides opportunities for the improvement of the technological standard in Brazil, and offers benefits for the country on a whole. Broggini, with its broad range of consulting services, has already been assisting Israeli companies with entry into not only Brazilian markets but also markets in the LATAM, European, North American and South American region, by liaising with local companies who are interested in foreign partnerships. Similarly, Broggini, with its network of global clients can utilize the commercial agreements of Israel as leverage to create and amplify business relationships among firms in the Middle Eastern country and other territories.

The setback and comeback of commercial missions in Brazil